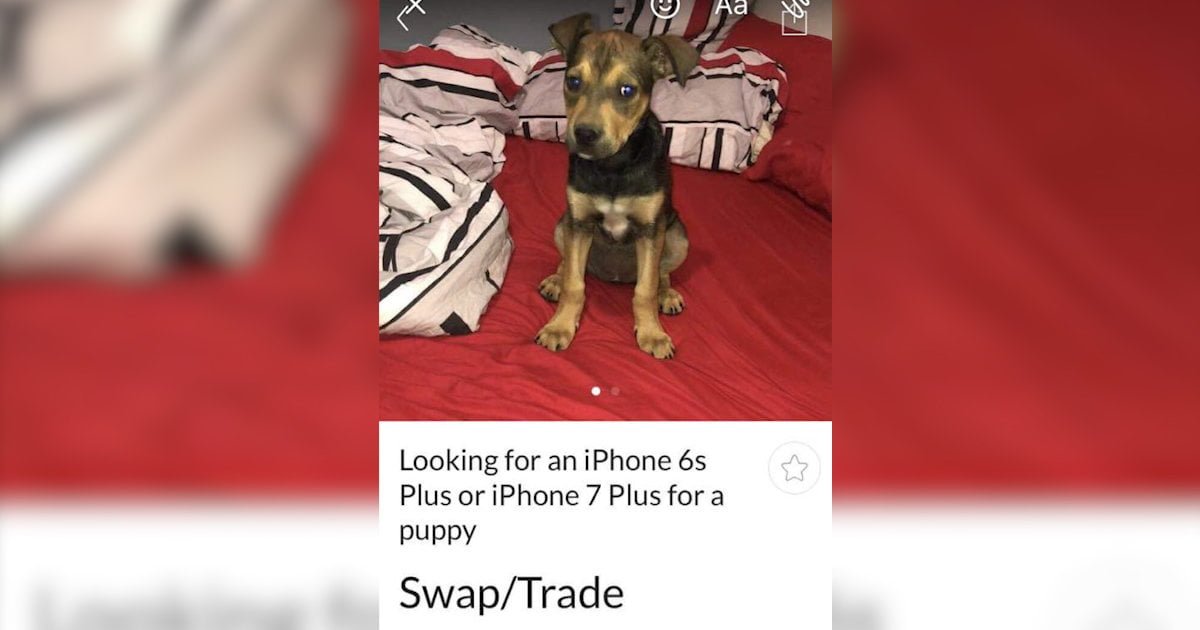 This story will showcase the best and worst that social media, and humanity has to offer. Emma Haswell was alerted to a Facebook post by a friend who stumbled upon an ad looking to trade a puppy for an iPhone. That’s a living thing, good for at least a good ten years of unconditional love and affection; for an iPhone, which will be obsolete in about a year.  How such a sweet creature ended up in the hands of someone so horrible is beyond me. I mean just look at her… 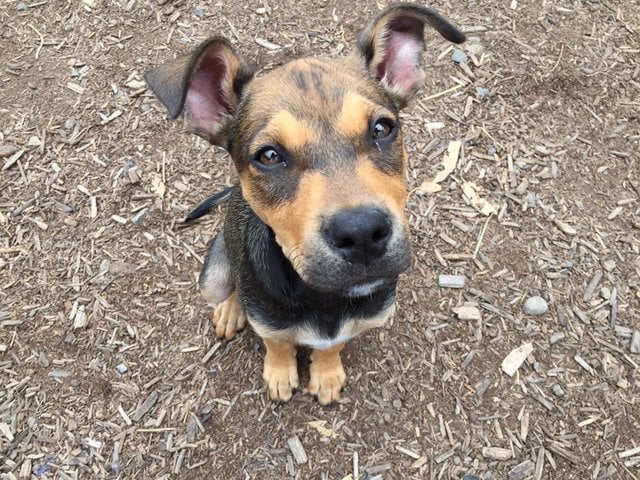 According to Emma, who runs Brightside Farm Sanctuary in Australia, this isn’t an uncommon occurrence. People are often selling dogs online, but this was the first time she’d seen someone try to trade a dog for a phone.

“It saddened me that she was in this position of having no value as a loved, living being. Commonly these puppies are bought and then re-advertised for sale weeks later.”

Luckily Emma’s friend was on this pretty quick. She alerted Emma to the post who promptly sprung into action. The dreadful original owners of this 14-week old puppy still demanded cash in order to hand over the puppy, who now goes by the name Possum. 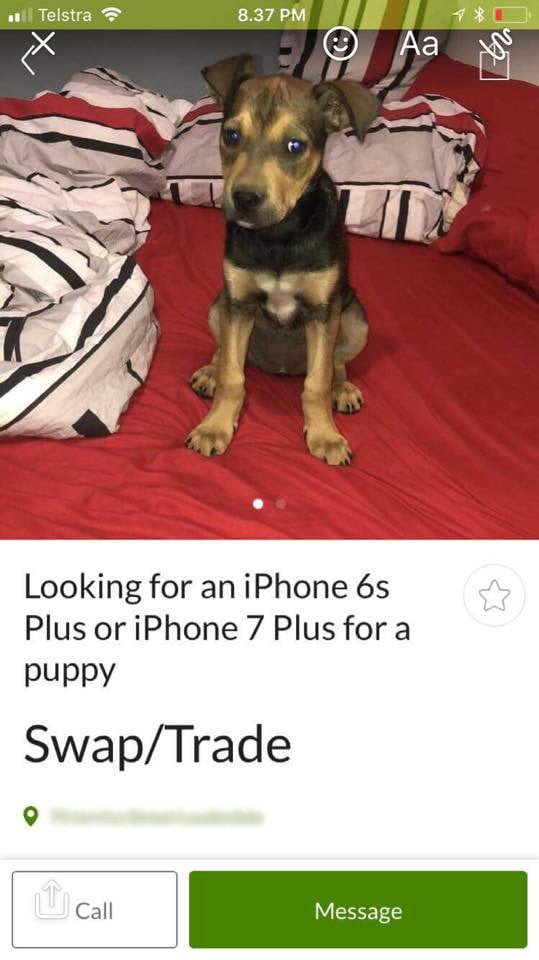 The story gets better from here. Once Possum was safely at the sanctuary Emma runs, she was spayed, vaccinated and cleaned up to be ready for fostering at a new home. Thankfully, she didn’t have to wait long as a loving family showed up very quickly and she was adopted.

“She is now so adored. She adores the little boy in the family. As soon as he set eyes on her he called her ‘my puppy.’ The family also adopted a beagle cross puppy [at the same time], but the little boy was totally in love with Possum. She settled straight into her new home.” 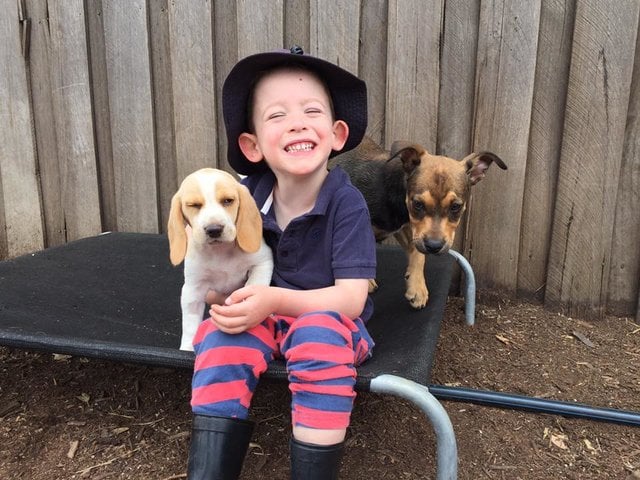 Look how happy he is! It’s great to know that for every idiot out there who wants to treat dogs like Pokemon cards, there are a couple of people out there who actually want to look after them. It’s also good to see social media actually being used to make the world a better place for the animals. 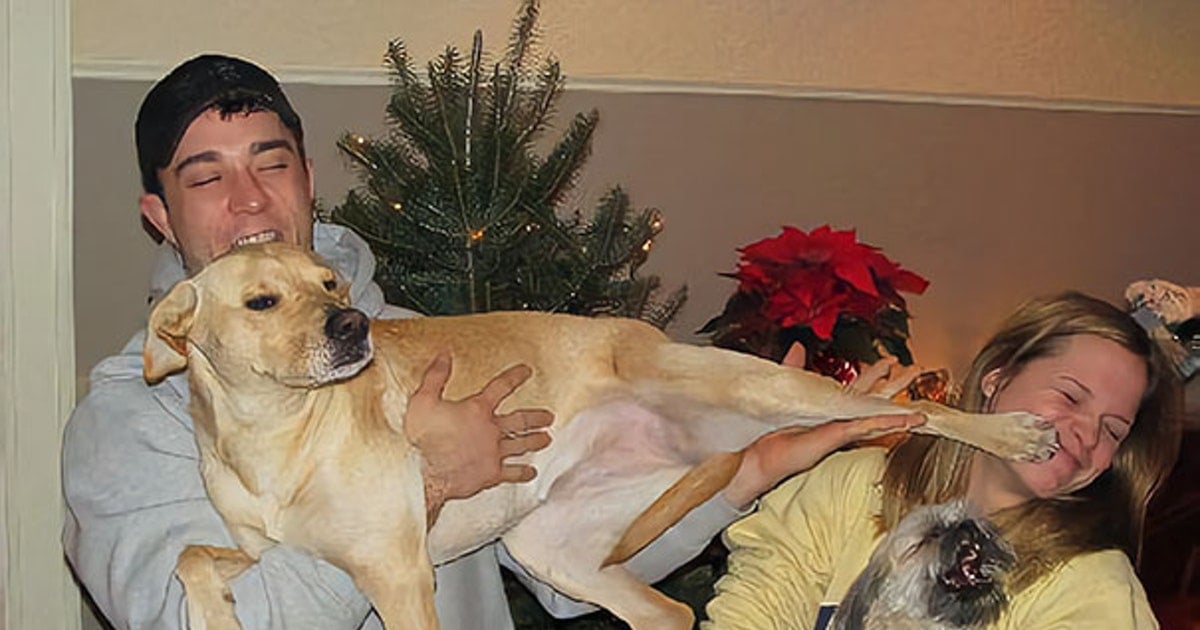 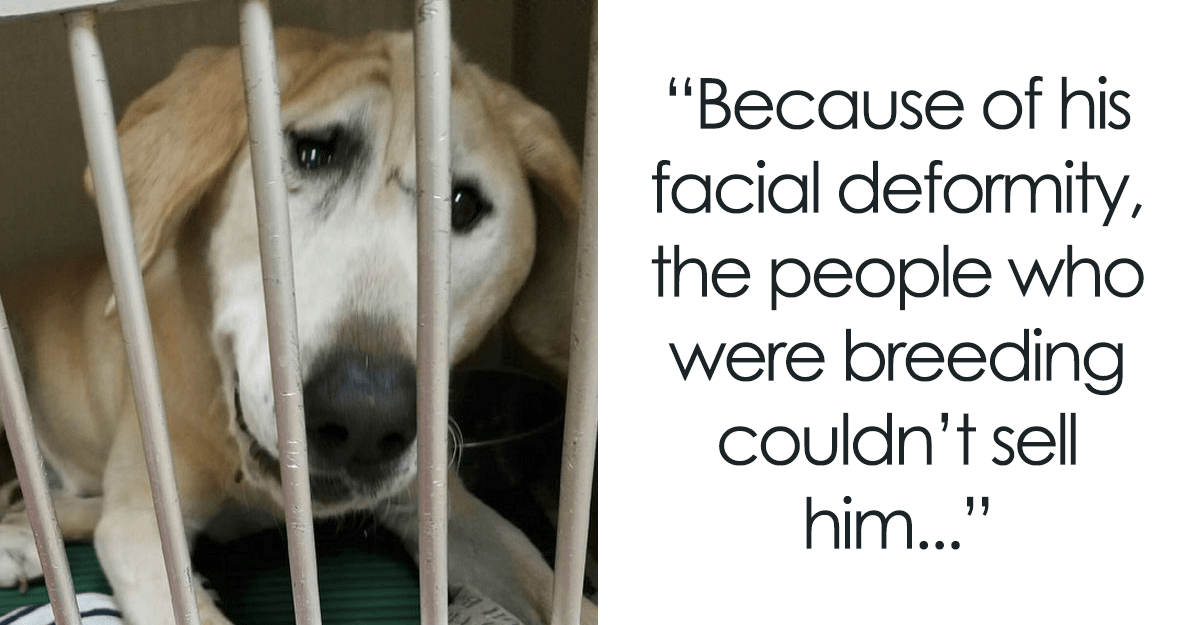 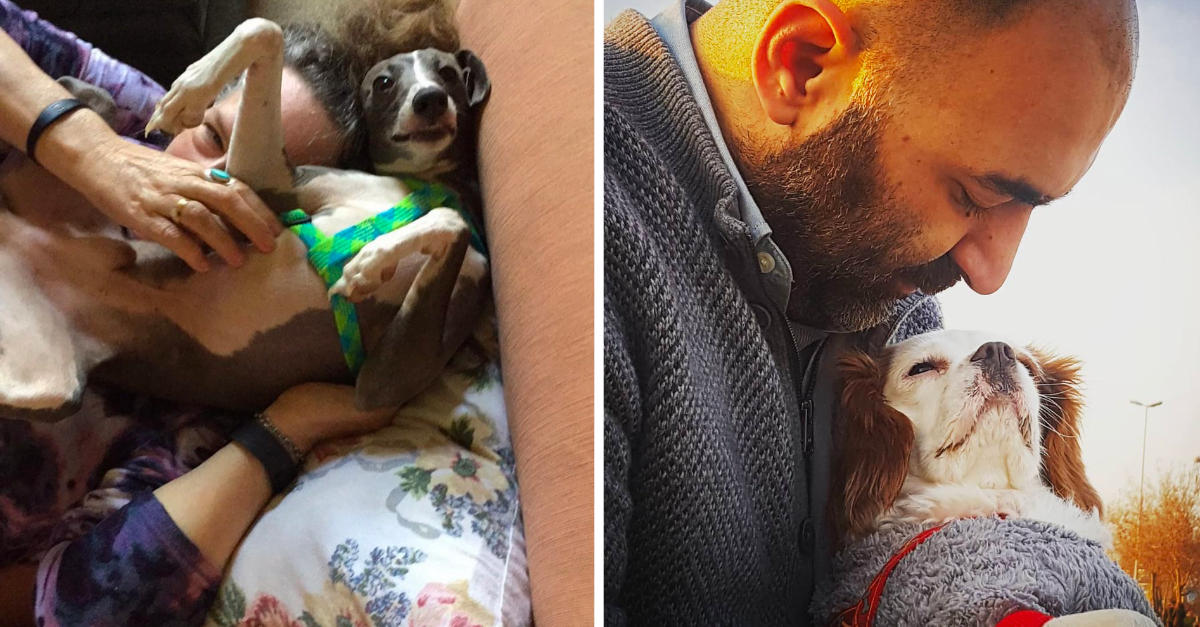 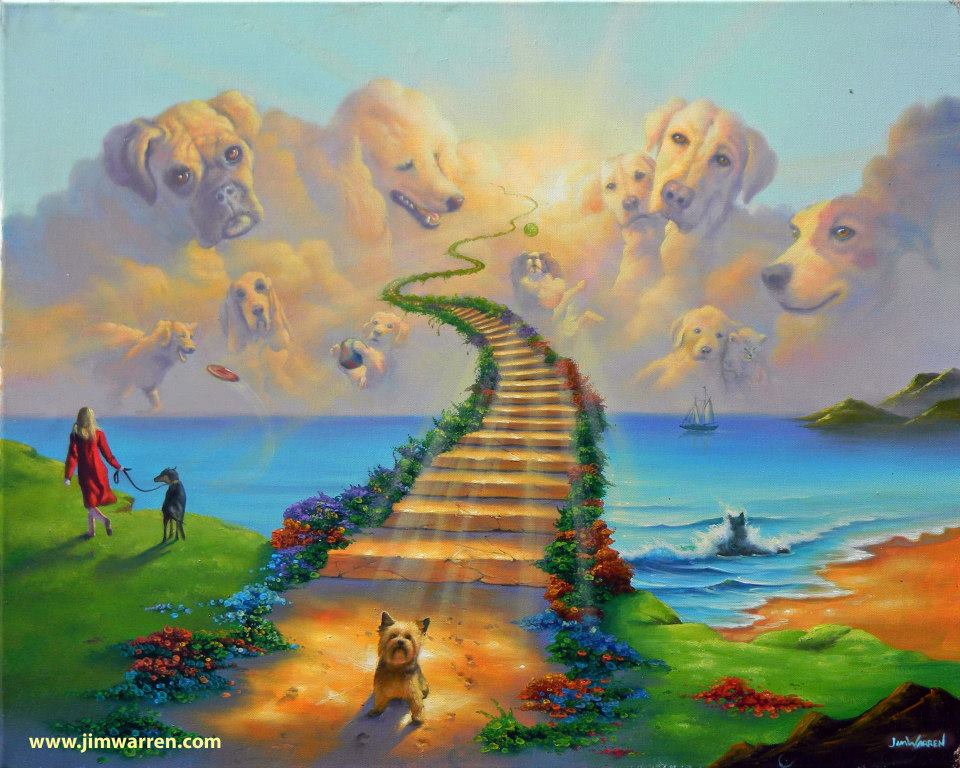 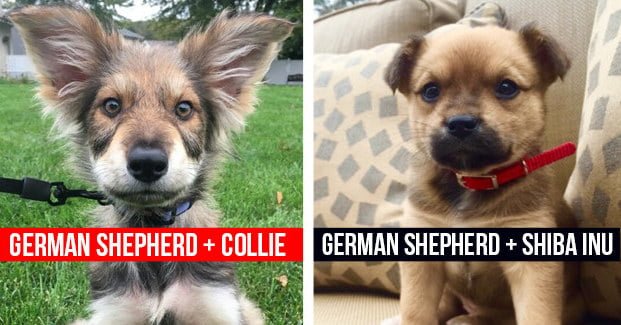 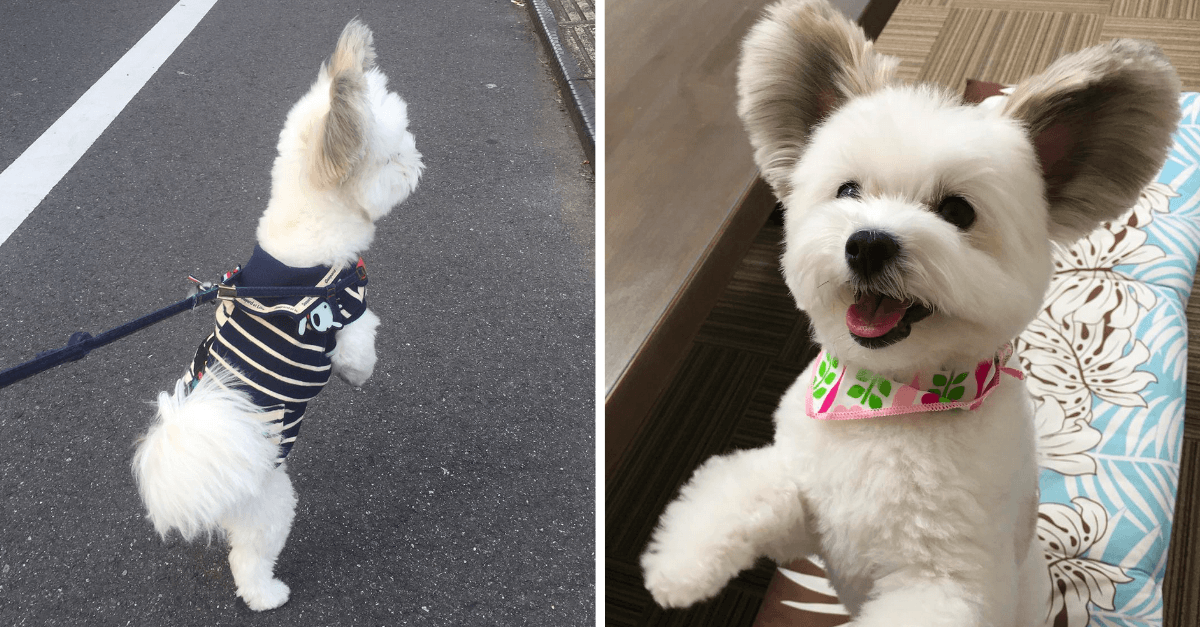 Internet Is Obsessed With This Ridiculously Adorable Doggo With Mouse Ears